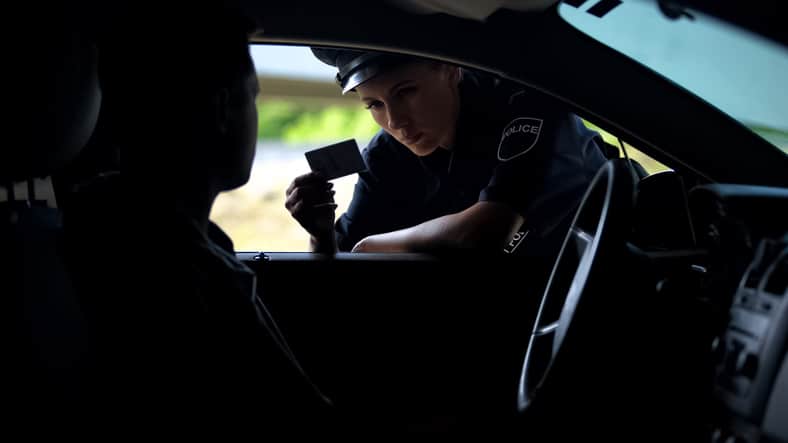 The Immediate Roadside Sanction (IRS) laws were introduced in Alberta in December of 2020. This newly instituted program revolves around the issue of impaired driving, where Administrative Penalties are administered instead of criminal charges. Although criminal charges can be circumvented, a police officer still has the innate authority to charge you criminally, so hiring an impaired driving lawyer in Calgary could prove crucial.

Learn more about the new IRS program, its five main sections, and what these sanctions mean.

This first sanction is initially applied by police officers when they suspect a driver is under the influence of any substance or suffering from a potential medical episode that can impair their driving. While this sanction does not require the officer to garner substantial evidence, it also results in a much less severe offence. Upon enforcing this sanction, the driver will be legally disallowed from driving for 24 hours, and their licence can be removed from possession. When the 24 hours are over, the sanction is immediately lifted.

This next sanction only applies to new drivers recently receiving their learner’s permit. These drivers who are new on the road are not allowed to have any alcohol or drug in their system, and if an officer suspects they do, their driver’s permits will be immediately revoked for a 30-day period. New drivers will have to go through the process of reinstating their licence once the 30-day suspension ends. In addition to the loss of a learner’s permit, vehicles can be seized for seven days under this sanction, and a fine totalling $200 will be administered.

This particular sanction is designated for drivers who are operating commercial vehicles. Much like new drivers with learners’ permits, if you are driving a commercial car, no amount of alcohol or drug is allowed. When an officer suspects a commercial driver is impaired, a penalty varying in severity will be imposed. If this is the first time a commercial vehicle driver has been stopped, there will be a penalty consisting of three days of unauthorized driving and an additional fine of $300. If a driver is stopped for a second driving offence, under no circumstances can the driver operate a vehicle for 15 days, and a fine of $600 will be imposed. And finally, if it is the third time a driver has been pulled over for the same offence, the driver be suspended from operating any vehicle for 30 days, and a fine totalling $1200 will be imposed.

When a driver has a blood alcohol level between 0.05 and 0.08, it means they are below the legal limit to be criminally charged, but because they are still impaired, a penalty will still be filed. The penalties for this sanction can include the loss of a driver’s licence for 3-30 days and a fine that can total up to $1200. In addition, a 20% victim surcharge will be administered. Further, an educational course might also have to be completed to retrieve the licence that was revoked.

The government of Alberta has explicitly stated that this sanction is the most serious out of the five, resulting in criminal charges. When an officer sees that a driver is impaired while operating a vehicle and has a blood concentration level around 0.08 or above that exceeds what is mandated in the Canadian Criminal Code, then the driver is liable to immediate criminal charges. Because this sanction is the most severe and can be potentially punishable by law, the driver should contact an impaired driving lawyer in Calgary for legal assistance.

When seeking legal aid, there is no better person to call than Joel Chevrefills from Calgary Criminal Defense Lawyers. Joel Chevrefils has extensive experience in defending clients against criminal charges of all types. Chevrefills will provide his invaluable services in and outside Calgary, including Provincial Courts in Cochrane, Airdrie, Okotoks, Red Deer and Edmonton. For a trusted source in your legal defense, be sure to hire Joel Chevrefills today.